How to Stop Dog Aggression?

Going for a walk with your adorable pet may be your favorite task of the day, but your enjoyable outing can turn into a troublesome one if your dog is aggressive toward other dogs and people. Dog aggression is a serious issue for dog owners. Aggression is a behavioral problem in dogs and is very common because not all the dogs like other dogs, people, and other living beings. Moreover, behavior such as biting, snapping, or growling could be very troublesome. A dog exhibits aggressive behavior mostly because of fear, frustration, territoriality, and other reasons. While we cannot cure aggression in one day, we have this detailed post for you to understand this behavior and take steps to stop it.

Aggression refers to different types of behavior, and there are many reasons that can cause it. Naturally, all animals tend to become aggressive as they defend their offspring, protect themselves, or guard their territories. The following are some of the signs that come under the category of aggressive behavior:

Some dogs exhibit only one or several behavior together. Most of the times, dog owners ignore the signs of aggression until their dogs bite someone. However, dogs do not bite that quickly, and mostly they give a warning before doing so. 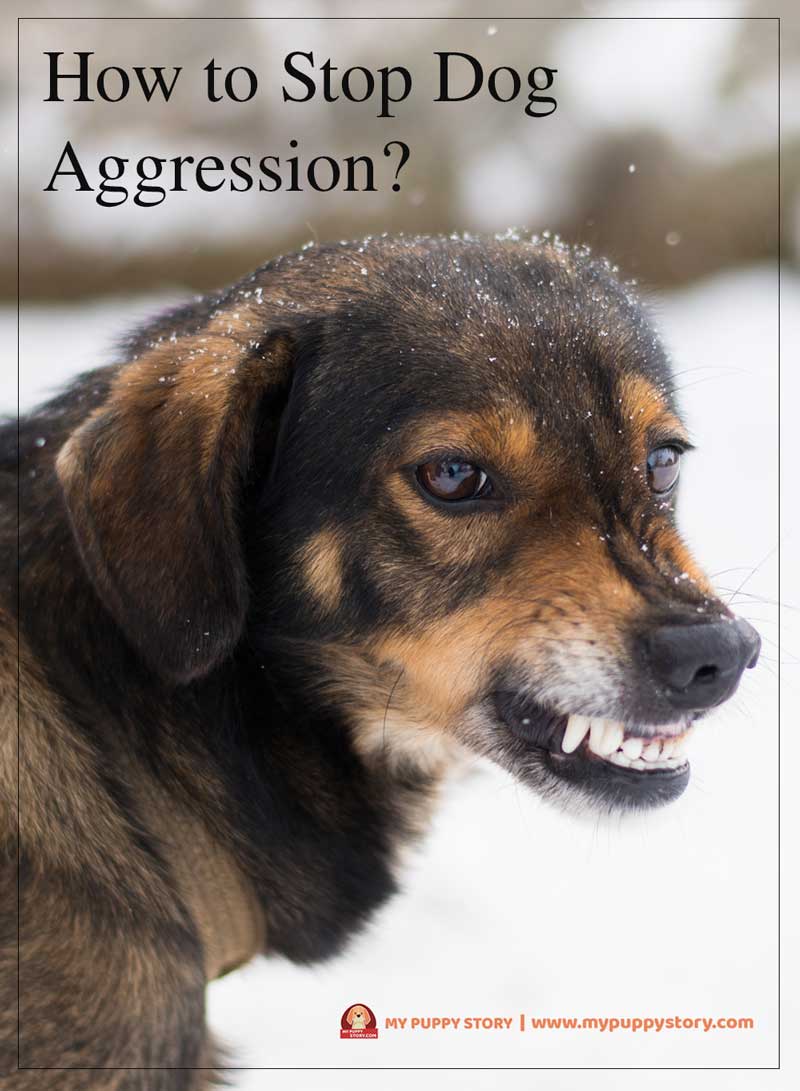 Types of aggressive behavior in dogs:

Dogs are wild animals, and their ancestors belonged to regional areas which they defended from invaders and intruders. Wolves are extremely territorial, and they attack intruders and other wolves that do not belong to their territory. As the dogs belong to ancestral wolves, they also tend to show the same behavior. However, some dogs are appreciated and valued for this territorial behavior and are kept as watchdogs at home.

Dogs may exhibit protective aggression when they feel that they or their loved ones might be in danger. A dog which was not aggressive in the past may start showing such behavior when it gives birth to puppies. A dog may also show aggressive behavior when it sees a new child in the family and feels threatened. Male and female dogs both are prone to protective aggression as they tend to protect themselves and their loved ones from any harm and danger.

This is another common type of aggression and many dogs suffer from it. If a dog is scared of something, it tries to escape or run away from there. However, if it cannot run away, then the first thing that comes to its mind is to fight. This may be the case with a dog that is tied to something and is not able to run away. A fearful dog is most likely to bite because it is scared to the extent that it wants to fight back. A fearful dog tries to fight by barking and growling and if the other dog or person leaves, it tries to attack from behind and nip. This is the reason why it is recommended not to turn your back on a fearful dog.

A dog who perceives itself as a powerful dog tries to dominate the other dogs. This is the reason a dog acts normally toward its owner but tends to show aggression toward the children of the house. Dogs also perceive themselves according to status; and if a dog thinks it belongs to high status, it tries to dominate and act aggressively toward other dogs and people. Some examples of social aggression include taking food away, disturbing other dogs, taking a chewed bone or other objects away etc. 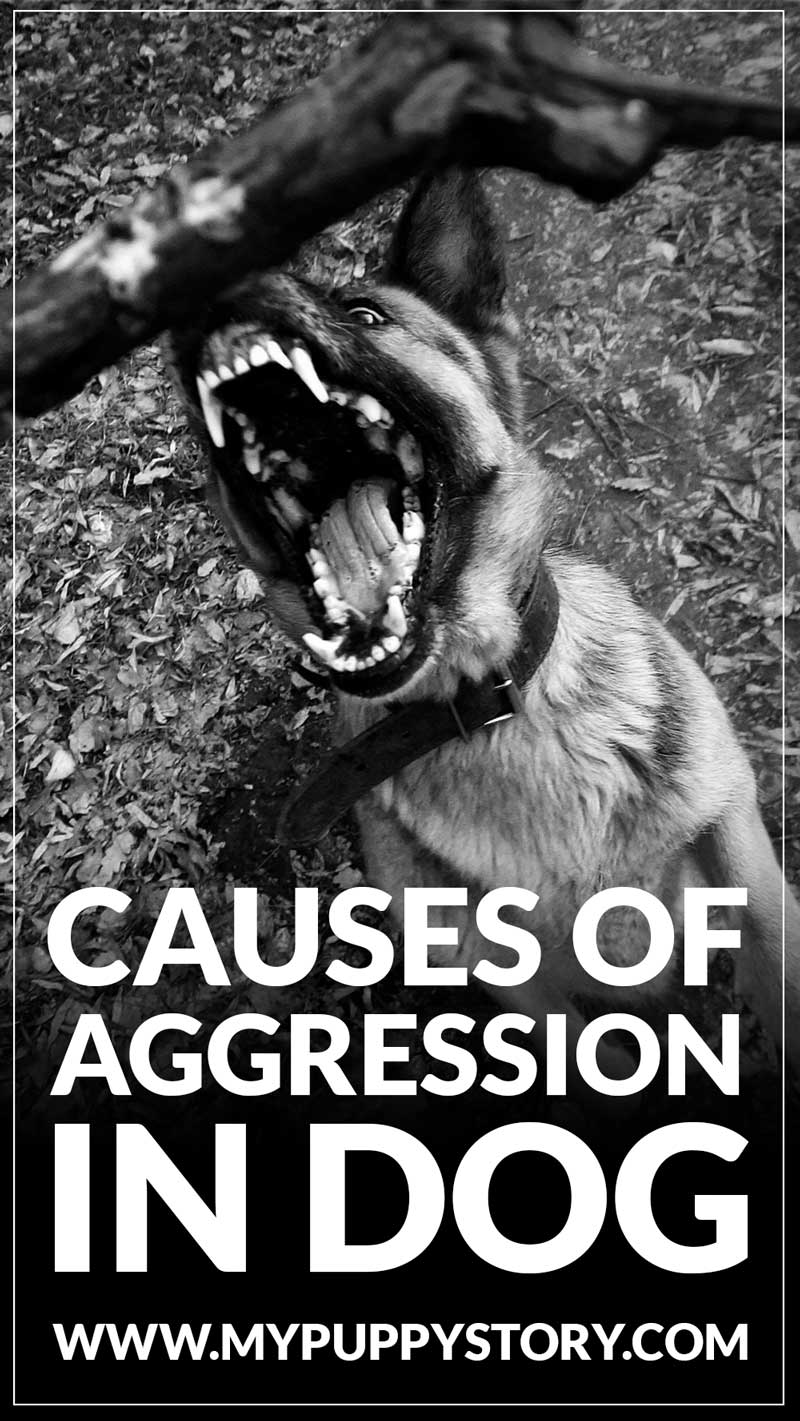 Causes of aggression in dogs:

There could be many causes of aggression in dogs, and one of the reasons is the experience. A dog may be aggressive because it may have a horrible encounter with another dog or it may not have socialized with other dogs when it was young. The owner’s behavior may also influence the behavior of a dog.

For example, if you have two dogs at your house, and if you favor the smaller or weaker and punish the other one, it will show more aggressive behavior in the other dog. When tension among multiple dogs at home increases, you should look for the possible causes and factors that are causing them to do so. For many aggressive dogs, it is the lack of training and exercises that causes the aggression. There are many dog exercises that help with maintaining a healthy and active state of mind in a dog, and lack of these exercises can cause behavioral issues.

Things you can do to stop dog aggression:

Now that you have identified the causes and types of aggression in your dog, you can take effective steps to eradicate it. Dogs are mostly deprived of other friendly and good-natured dogs, and thus there is a lack of adequate socialization in them. As a result, most of the dogs grow up with lesser socializing skills and develop aggressive behavior. Handling an aggressive dog is a long-term process, and there are many things which you can do to suppress the response. Consider the following useful tips:

The first thing to do is to be patient and confident. Punishing your dog for its aggressive behavior is not the solution, and you need to control yourself to stop it. If you respond to the barking and growling of your dog by yelling or hitting, it will get more aggressive. To defend itself, it may try to bite you and bark even more. Punishment may also lead to serious behavioral issues such as biting without giving a warning. For example, if your dog is growling and barking at children, it is giving a sign that it is not happy with the children around it. If you yell or punish it for this behavior, it may bite the children and cause injuries to them. To understand and stop your dog’s aggressive behavior, you must be consistent and cool-minded. You cannot cure aggressive behavior overnight, and for that, you will have to be positive. 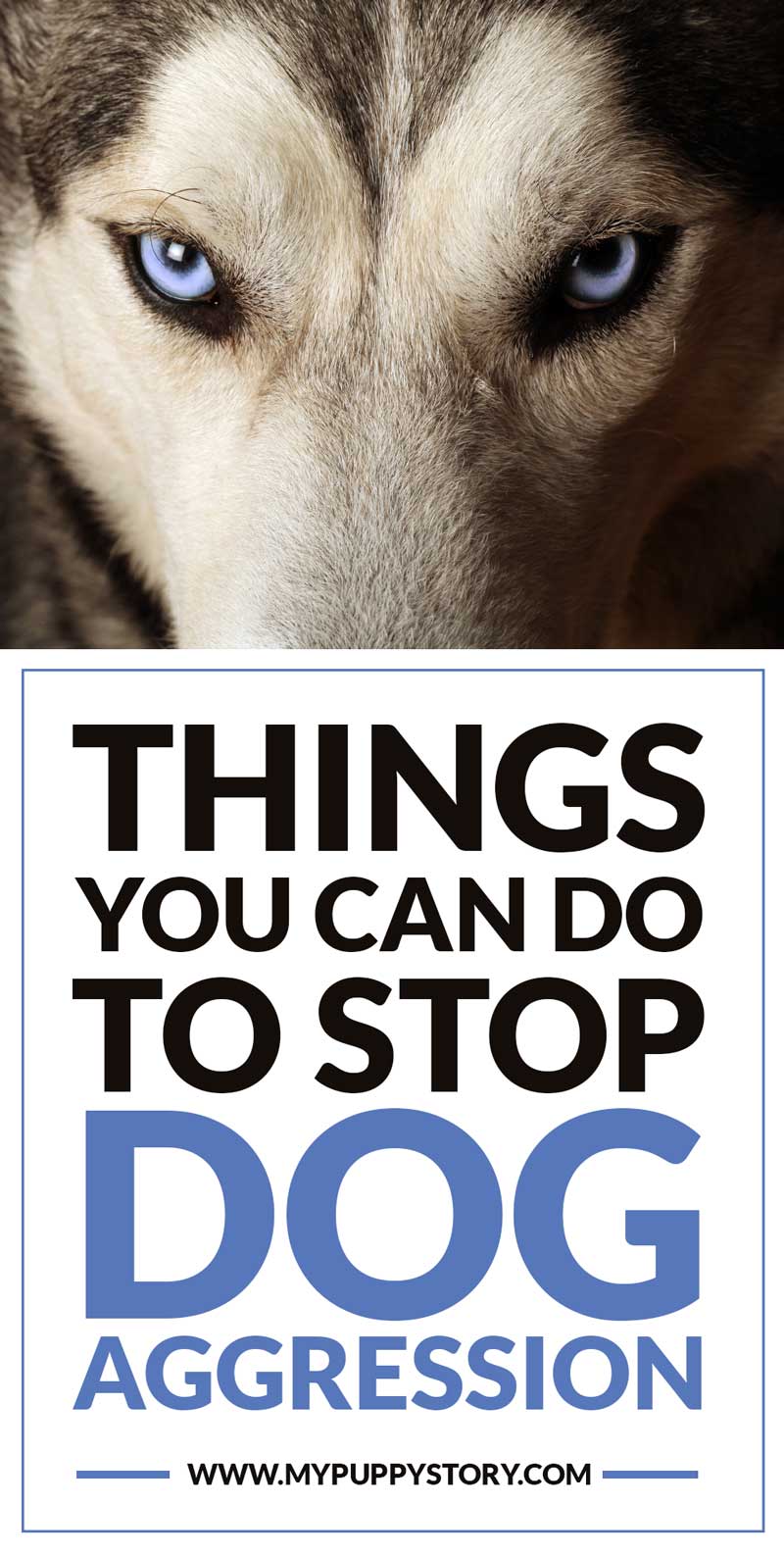 If you feel that your dog is aggressive toward other dogs and people, try to protect it instead of punishing. For example, if you go for a walk with your dog and it starts growling at another dog, calm it down and move on. If your dog is fearful of the people around, do not stop and talk to them; instead ignore or just say a quick hello and then move on. This does not mean that you will have to stay like this forever, but things should be handled this way at first if you want better results. If your dog seems calm when it sees other people, let it meet them but also inform the people that your dog is aggressive to strangers. Tell your family members to get back if the dog jumps at them, do not make quick movements, and do not pet the dog from above.

Be aware of the stress triggers:

If your dog is fearful of other dogs, make sure that it stays away from them. Some large breeds of dogs have a natural look that makes them appear powerful and dominant, and this look can make other dogs fearful. If your dog sees such a dog, it will try to protect itself by being aggressive. This way conflicts can arise, and both the dogs can end up barking and fighting with each other. If dogs are fearful of strangers, be careful that no strangers enter your house and even if they do, you should inform about your dog’s aggressive behavior. If you have identified the aggressive triggers, it will be easier for you to stop your dog from being fearful and aggressive.

The good news is that there are many effective training ways that can calm and resocialize your aggressive dog. The training remedies help your dog vent its aggressiveness and overcome the behavioral issues. Different trainers have different techniques of training, and mostly ‘growl classes’ are conducted to teach the dogs discipline and calmness. These classes make the dog respond to other dogs positively, and they are rewarded for their good behavior too. Operant conditioning is a technique which is used to teach a dog positive actions and good manners. The dogs are taught that their good behavior and a positive attitude can bring praises, treats, and other types of rewards to them.

Counter-conditioning means teaching your dog to behave normally even if things are new to it. In short, it is a technique to teach an animal to associate with something or someone. This method should be practiced in a slow manner by taking small steps. First, identify the causes of aggressive behavior in your dog and then arrange a situation to handle it positively. For example, if your dog is afraid of children, you can ask the children of the house to give food and other things to the dog which it loves.

Desensitization of the dog:

Desensitization is carried out in a peaceful and closed environment, and usually, a frail form of the problem is chosen as the stimulus. For example, if your dog is afraid of other dogs, you can use distance as a method to weaken the aggressive behavior. For this purpose, it is necessary that the other dog is friendly and calm in nature. When an aggressive dog is introduced to a friendly and calm dog, the former one tends to acquire its characteristics. Let your aggressive dog sit and watch the calm and friendly dogs, and observe their behavior. If your dog shows signs of aggression such as growling or showing teeth, involve it in some other activities to distract its mind. For a successful desensitization process, always take the teaching process slowly and never increase the problem stimulus right away.

Talk to the vet or a professional:

If you still feel that your dog is not calming down at all, you must contact a local vet or a professional to deal with your dog. There may be some underlying medical conditions or diseases that cause aggressive behavior too. Talk to a vet and let them examine whether your dog is suffering from a medical condition that needs treatment. If there is no disease or medical condition and still your dog is aggressive, it is time that you need the help of a professional dog trainer. Aggression is a serious problem, and it should be treated immediately, otherwise your dog may harm itself or other living beings in its surroundings. A professional dog trainer or behaviorist has deep knowledge and understanding of different dogs’ behavioral issues and can deal with it wisely. If your dog is not calming down and is aggressive in spite of trying everything, you should not attempt to solve the issue on your own, and consult a professional instead. 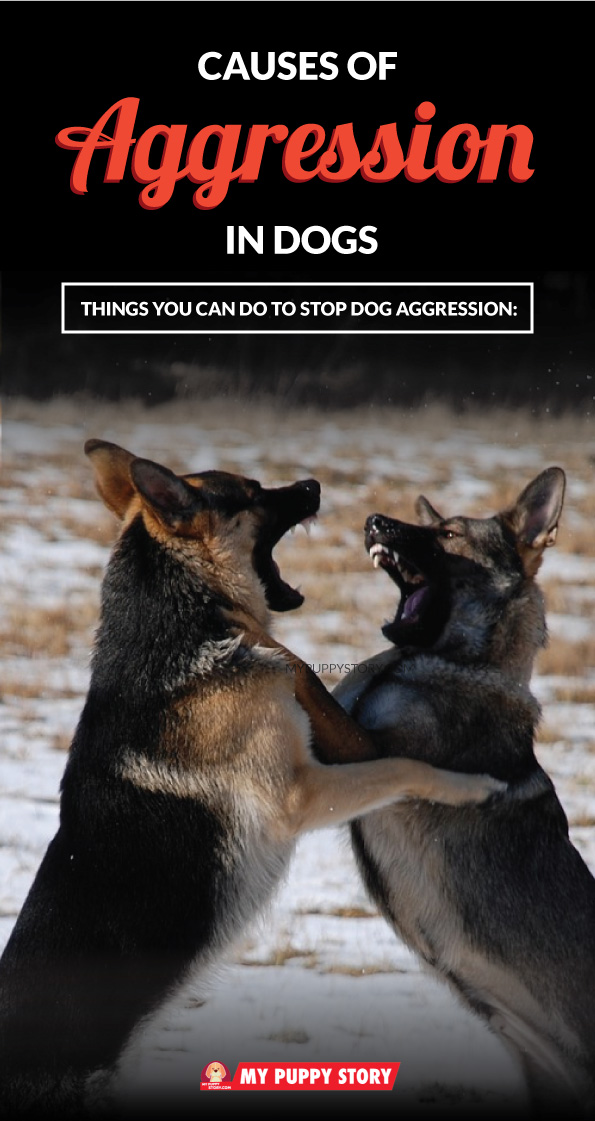