During the sixteenth, seventeenth and eighteenth centuries, Cavalier King Charles Spaniels, often referred to as Cavaliers, were beloved companion dogs, primarily for the British aristocracy. Named after Charles II of England, who was said to have several of these small dogs, the Cavalier lost its popularity during the 19th century. Cavaliers were subsequently interbred and virtually disappeared until the 1920s, when efforts were made by an American dog fancier to bring the breed back. By the 1950s, the first Cavaliers were brought to America.

Cavalier King Charles Spaniels are excellent family dogs. Because of their long history as companion pets, their natural disposition is to be sweet and loving, sociable and affectionate. They are devoted dogs who want nothing more than to be near their human companions. Cavaliers are gentle mannered and non-aggressive — they get along well with other family members, including children, seniors, dogs and cats.

Another hallmark trait of this breed is that they are very trusting. Because of this trusting nature however, they have no fear of running up to larger, potentially aggressive dogs that are roaming around dog parks or on the street. As a result, the Cavaliers are vulnerable to being hurt by an aggressive dog. It’s very important, therefore, to keep a Cavalier King Charles Spaniel on a leash when walking it and/or to have a fence securing its home.

In addition to having a sweet temperament, and getting along well with people, Cavaliers are great pets for other reasons as well. Adaptable to a variety of situations, Cavaliers can live in the city or county, in an apartment or large house. They can thrive with a single person or with a family. These dogs enjoy taking long walks with their owners, or they are just as happy with short spurts of exercise around the house. 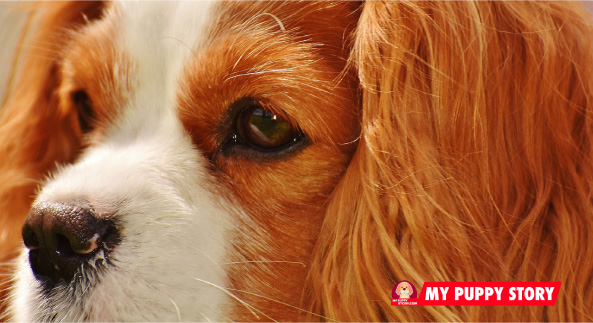 The Cavalier King Charles Spaniel has a silky coat that is easy to groom. This dog generally requires brushing with a slicker brush and comb approximately once per week. Depending on the condition of the individual Cavalier’s coat, it can be brushed more frequently if needed. Additional grooming requirements include bathing, nail clipping, cleaning the area around their eyes and ears, and brushing their teeth. 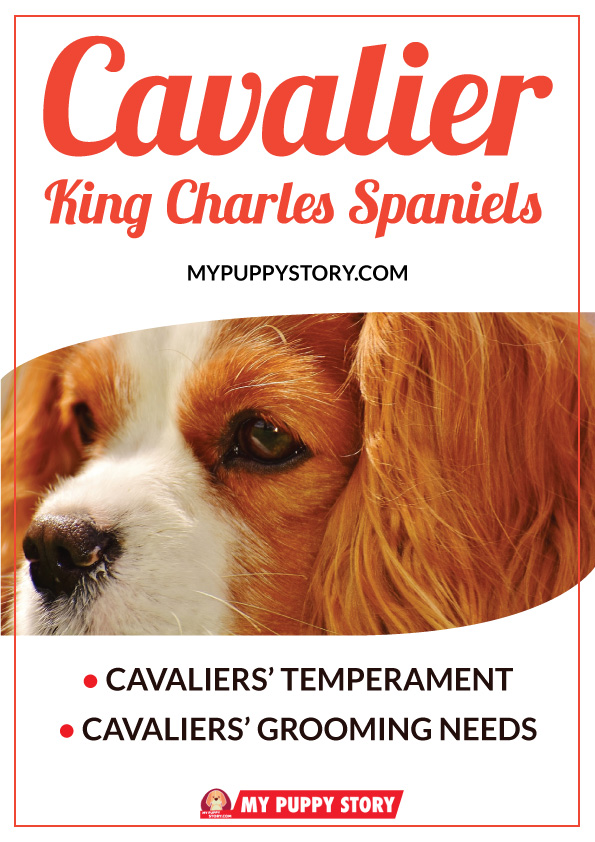