Different Types Of Dog Sleeping Positions And What They Mean

One tends to spend quite a bit of time with their pets. As time passes, you start understanding every gesture of your pet. Dogs are among the most common pets that people keep owing to their affectionate nature and easy training. A lot can be gauged about the personality of a dog by its various gestures, and this is something that only a dog owner would be able to understand. An owner would be able to fathom why a dog is whining or wagging its tail as they know their pet inside out.

Let us now proceed with the various sleeping positions of a dog and what they mean. 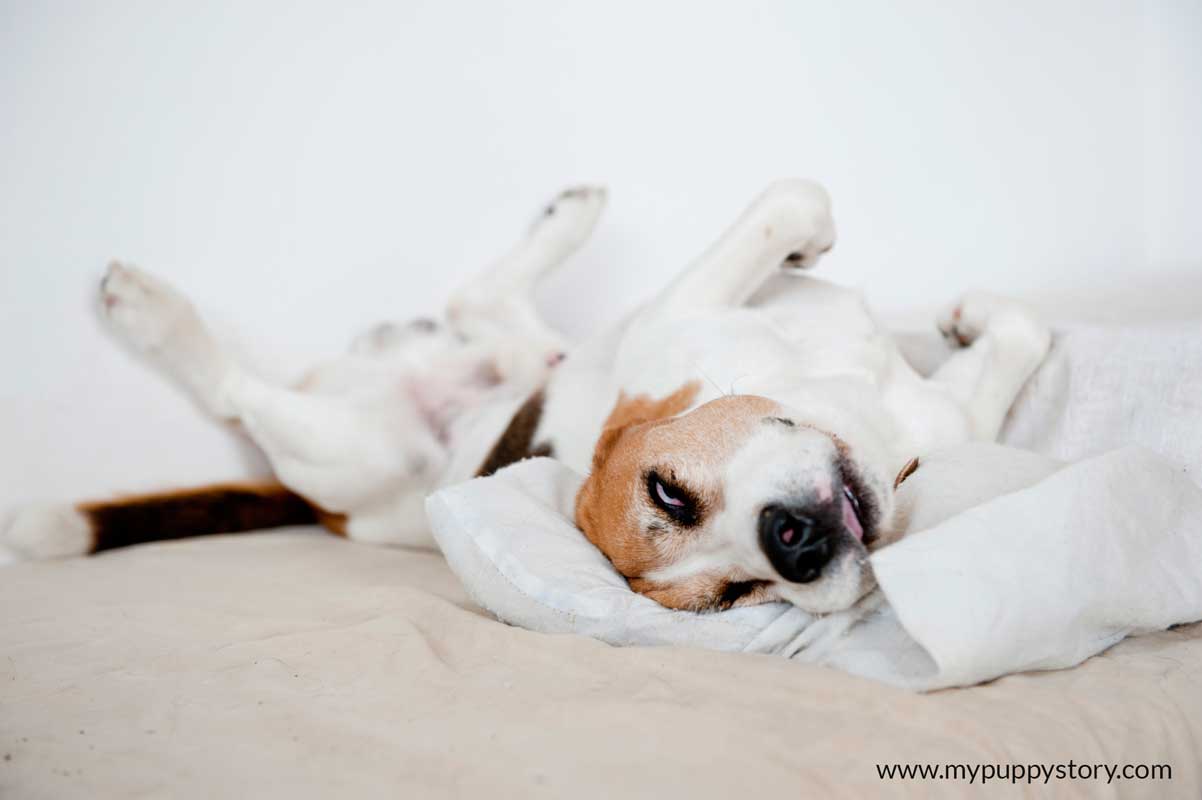 This is one of the most adorable and bizarre sleeping positions of dogs, which will leave you perplexed at times. One is often forced to wonder whether the dog is indeed comfortable in the position that it is resting in. In this position, the dog can be seen lying on its back with its legs stretched at certain angles.

This sleeping position is an indication that your dog is comfortable and confident with its surrounding. The exposed belly tells you that it is vulnerable and submissive. The legs stretched at angles are a sign that your dog has given you its complete trust and views your home as its. Dogs who adapt this sleeping position are found to be quite independent and have a laidback nature.

This sleeping position might be an indication that your dog has some sort of apprehension about any situation around it or the surrounding in general. However, there is no reason for you to worry if your dogs have a naturally sweet disposition. This is because such dogs tend to prefer to sleep in a curled up position. 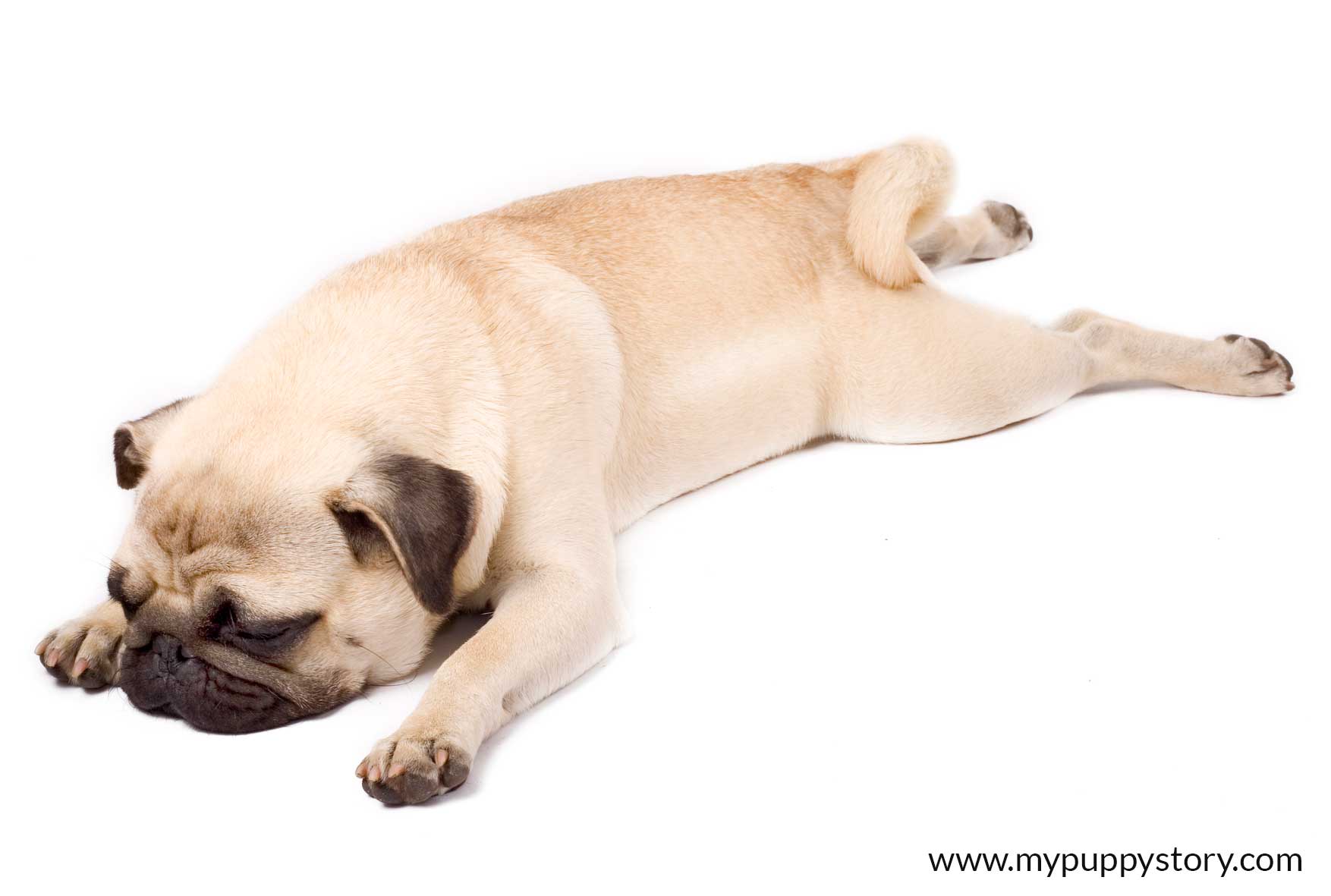 This is another bizarre sleeping position that would leave you bewildered and would not fail to bring a smile on your face. In this position, the dog can be seen sleeping on its stomach with its limbs extended outward. The first image that comes to mind when you see a dog resting in such a position is of Superman.

This position is not without meaning. It is easy for the dog to jump up on its feet from this position. Hence, this position is seen when dogs are taking a nap. You would not see a dog sleeping in this position at night. This sleeping position should tell you that your dog is ready to play and would not disappoint you if you want to have a bit of fun. 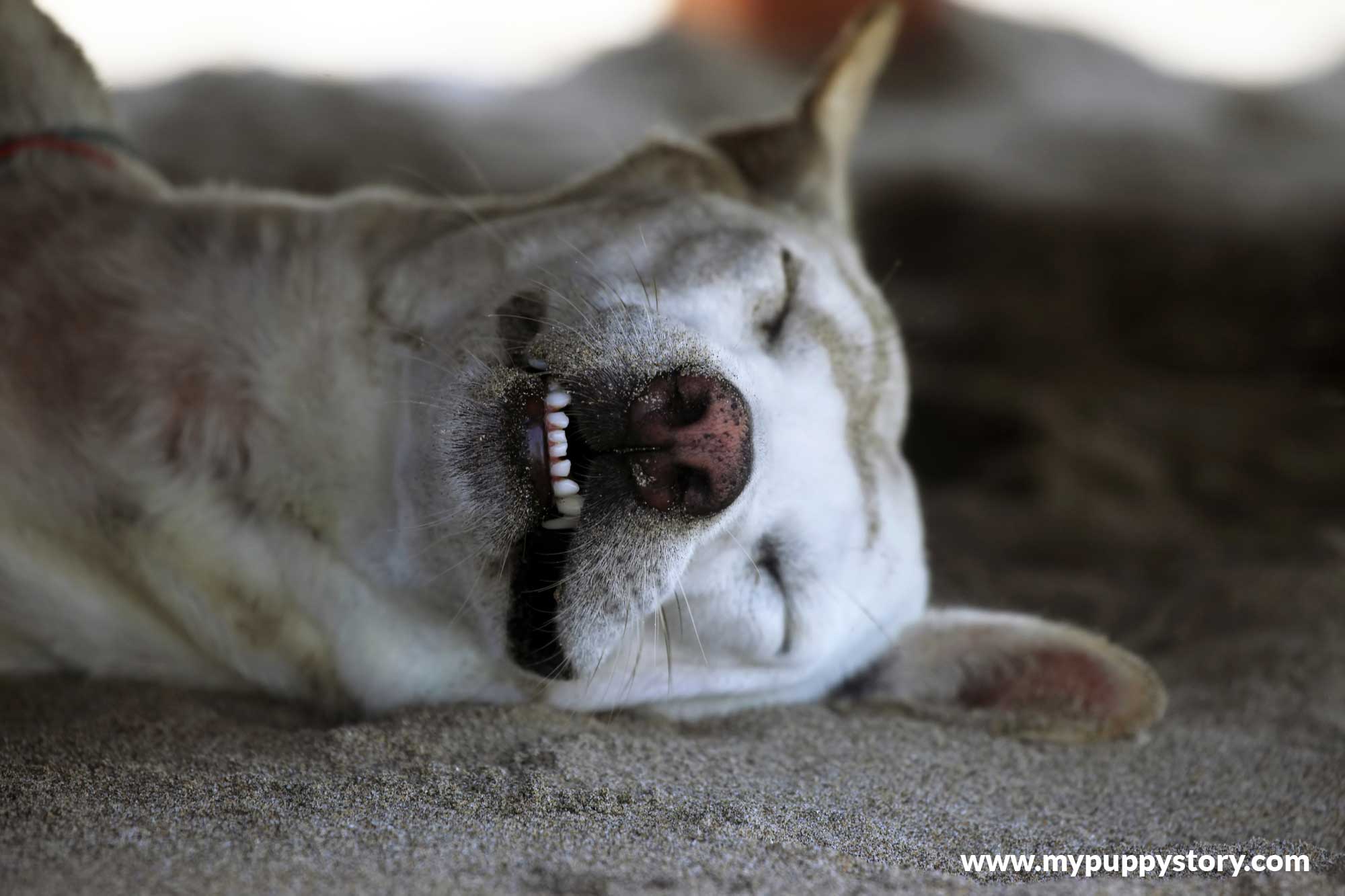 This is among the most common sleeping positions that are adapted by dogs. This position is viewed to be a calm and resting one. When a dog sleeps on its side, it should tell you that there are no worries on its mind. It is comfortable in the surrounding that it resides in and nothing bothers it. It is seen that dogs that are affectionate and enjoy a strong bond with their owners are the ones that adopt a side sleeping position. 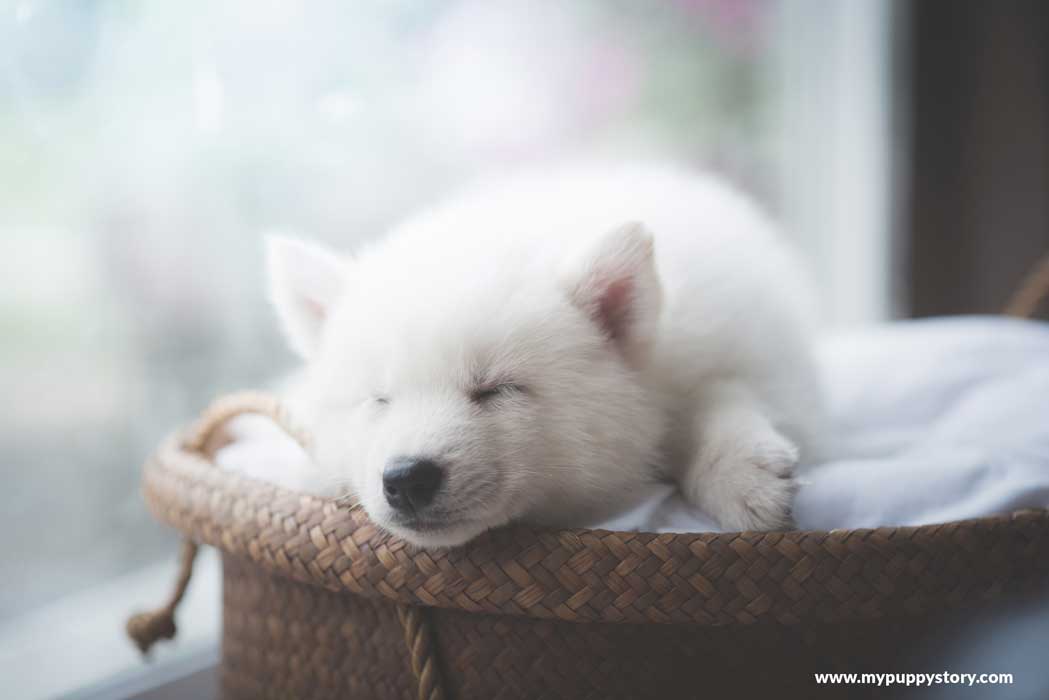 This is the position where the dog sleeps on its stomach. In this position, the muscles of the dog are tense and contracted that prevents it from falling into a deep sleep. Thus, this is the sleeping position adopted when dogs are under some sort of stress or have a reason to be uncomfortable.

Sometimes, dogs get into this position when they have ample energy and do not feel like sleeping. It would rather get up and play. It is seen that tummy sleepers are usually timid in the presence of people they do not know. They are also not very comfortable in unfamiliar situations and react in a negative manner. However, in contrast to this, they are found to be gentle and energetic around the people they know. 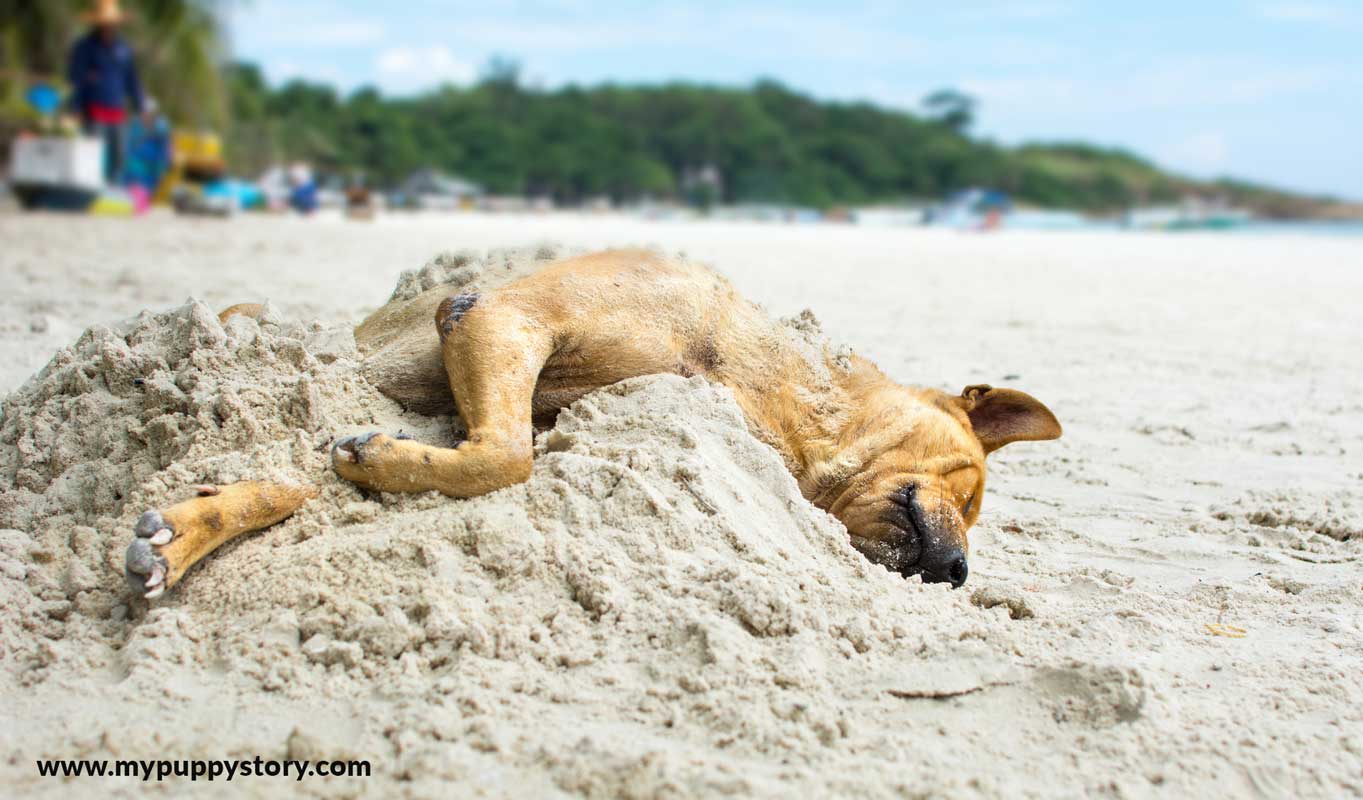 When you see your dog sleeping in this position, the first thing that would cross your mind is whether it is sleeping or it has fainted. You might feel the urge to check up on it. Commonly, indoor dogs adopt this sleeping position. In this position, they lie on their backs in order to cool down as quickly as possible.

This sleeping position might be an indication that your dog is now drained after being energetic throughout the day and just wants to rest. The dogs who adopt this sleeping position tend to be rather confident. They do not take long to adapt to different types of surroundings and people.

Sometimes, you would get to see dogs sleeping on their backs where their paws are in such a position that they protect their chest. This should tell you that the dog does not want to be bothered at the moment. You might want to think twice before attempting to wake up a dog sleeping in this position.

Dogs tend to doze off during the day when they are bored. In this position, they are found to be resting against something. You might think that they are sleeping, but it is their ears that you should take a closer look at. You will find that their ears are on alert. The moment you move or they hear something, they would not take a minute to wake up. 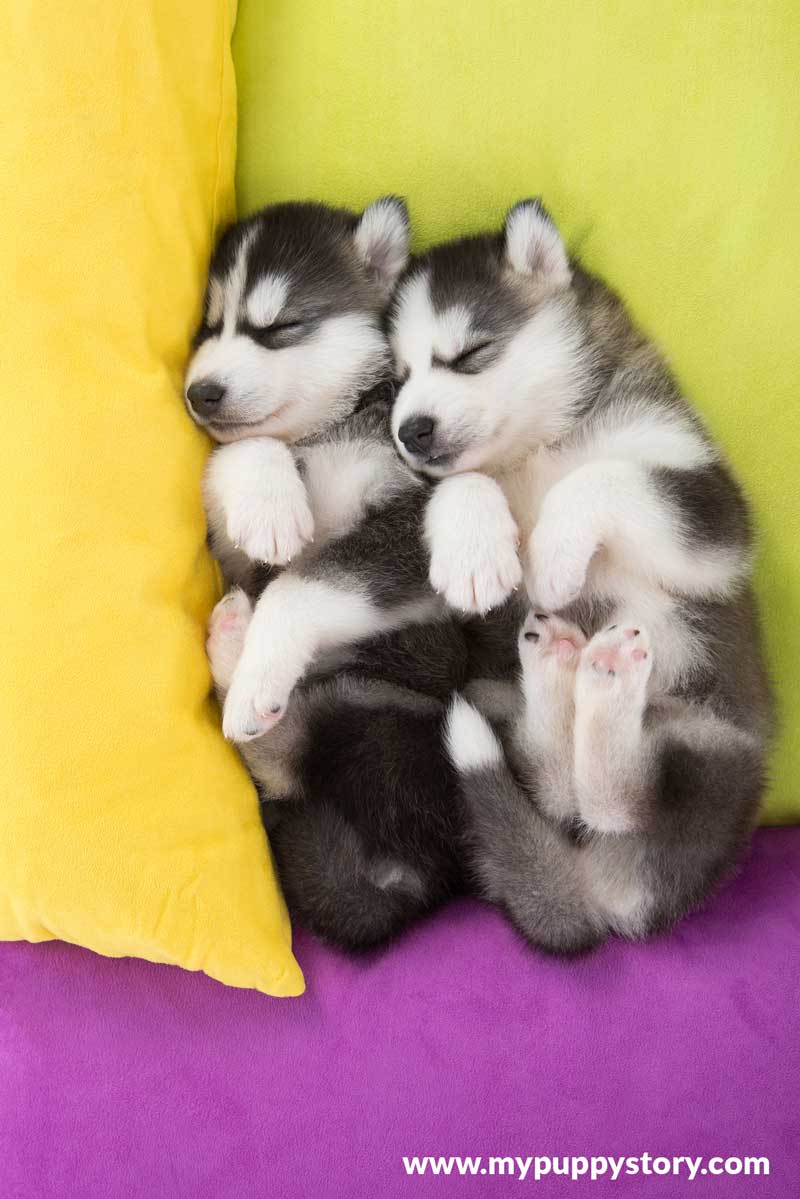 If you have more than one dog, you might catch them sleeping in the back to back position. This position can also be adopted by your dog with other pets. This is an indication that the pets are forming a bond. This is basically a way to show affection and reveal how much love they have for their family. 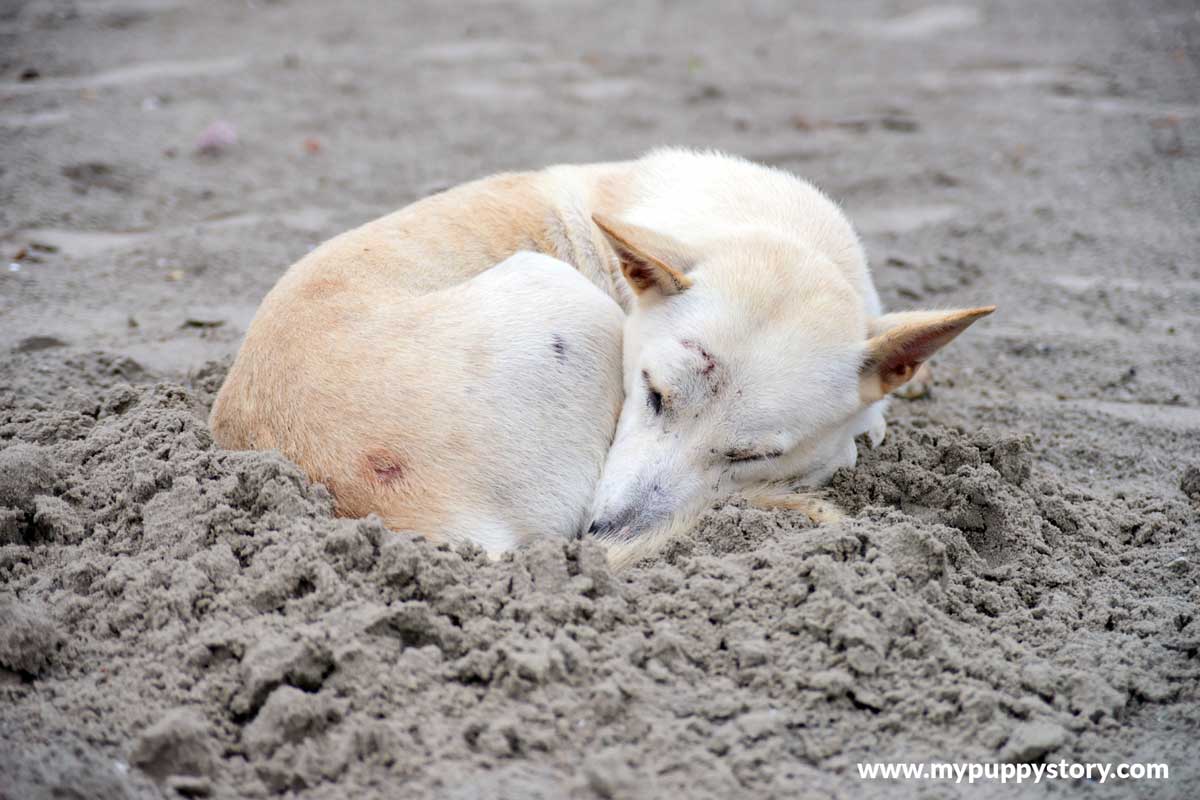 It is quite common for dogs to circle in their sleeping area and do a little digging before they doze off to sleep. This stems from the ancestors of dogs who use to trample down the grass in order to acquire optimal comfort. They might dig if they want to keep themselves warm. It is normal for dogs to circle for a few times before lying down. However, if your dog circles excessively, you might want to consult a vet since this might be a sign of some condition.

A Dog’s Sleeping Position Changes Depending on Its Mood

At the end of the day, the sleeping position of your dog might vary depending on its mood and level of comfort. At times, you might see your dog flying away like Superman in its sleep, while at other times, it would lie flat as if it is passed out. Sometimes, its sleeping position would let you know that something is amiss, while at other times, it would reveal that it is provided with optimal comfort and there are no worries on its mind. It would also enable you to fathom when your dog feels like playing and when it would like to be left alone.

Thus, it is apparent that a lot can be gauged from the sleeping position of the dog. You can acquire a better understanding of its behavior and personality and as a result, you can ensure that you are able to form a better bond with your dog.

All of us wish to make sure that all the measures are taken that would provide the dog with optimal comfort. Once we do everything in our capability, it would be nice to get some sign that the dog is indeed comfortable. This is something that you can now gauge by observing the sleeping position of the dog. Therefore, the next time your dog snoozes off, take a closer look at the position that it rests in. This would tell you what kind of behavior you can expect from it. It would be quite revealing and fun to make this observation and it would make your relationship with your dog stronger.