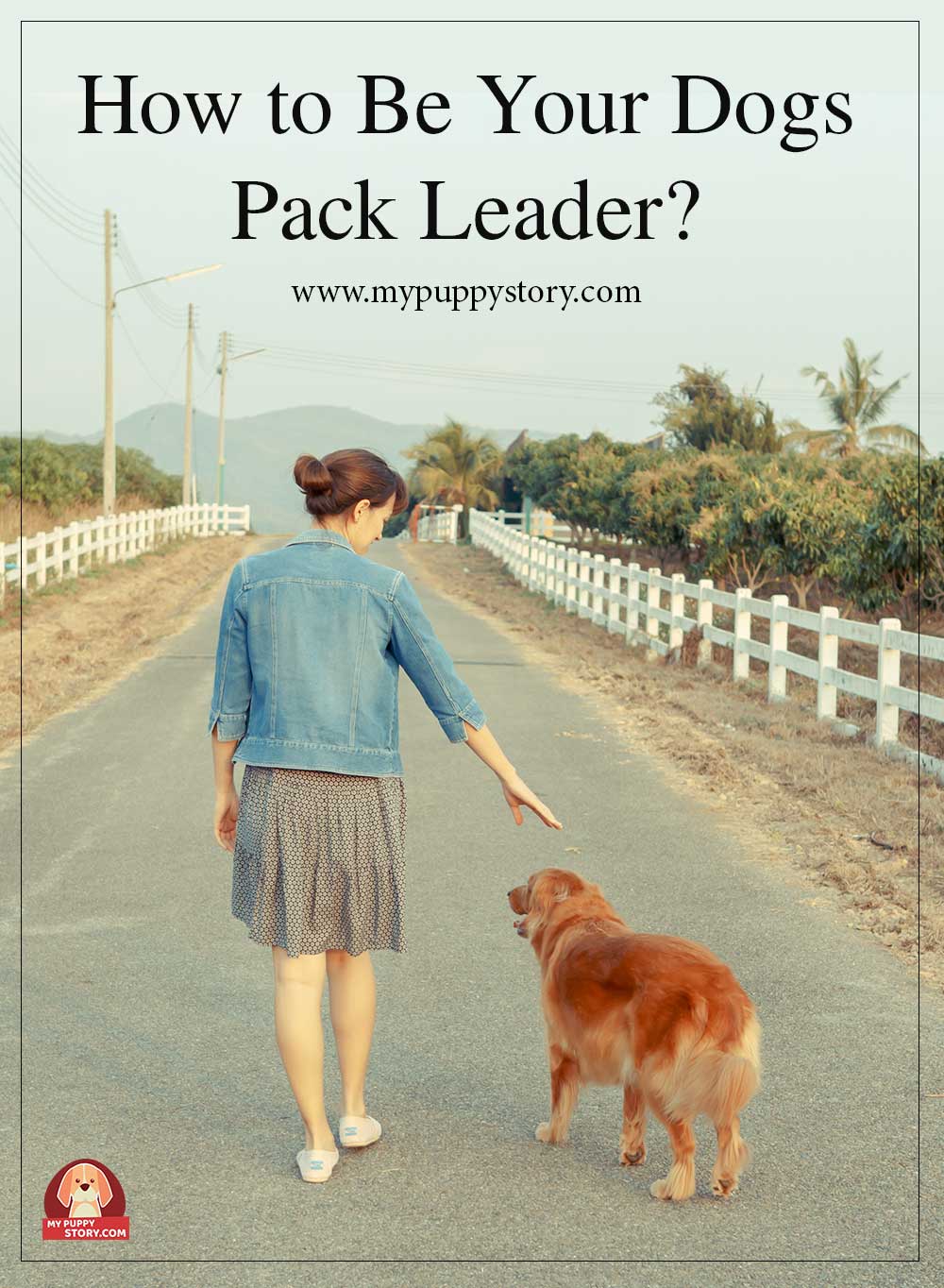 Are you the proud owner of an adorable dog? If so, it is best for you to assume the role of your dog’s pack leader to ensure that it always listens to you.

If you have ever had an opportunity to see feral dogs, you would have noticed that they always hang around in packs, often led by an alpha dog who is mainly a mentor to the rest. Such a social hierarchy is deeply embedded in a dog’s nature, so it is integral to establish yourself as the alpha right from the start so that your dog takes you seriously. If it gathers the idea that it is the leader, it will never follow you and you will be stuck with an animal version of a troublesome teenager.

We are here to guide you on how to be your dog’s pack leader. Even if your beloved pet has already established itself as the leader, don’t worry as there is still hope. Here are some of the key steps and features you should adopt to establish authority and, thereby, boundaries.

Get to know your dog 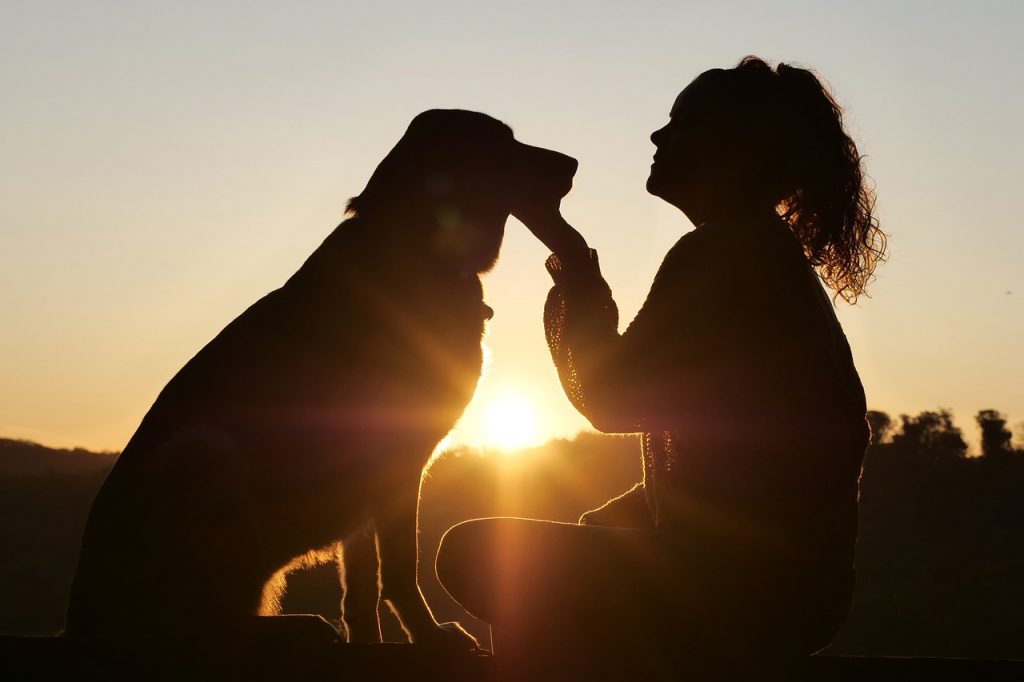 Before you can start assuming the role of the pack leader, you must get to know your dog first. Every dog has a different personality and distinct self-image. You need to be aware of both these factors before you proceed.

For example, if your dog is dominant and perceives itself to be the alpha, you are in for a harsh ride. The techniques needed to establish dominance with such a dog are drastically different from the steps you are to take to become an alpha leader of a dog who views itself to be a follower.

Right from the moment a puppy is born, the mother dog controls its access to food to make sure its pups are trained and know who the boss is. If you also train your dog to listen to you from the early stages of its life, i.e., before its personality is fully developed, you won’t need to worry about truly understanding the nature of your pet. However, if it is already in the adult stage of its life, this step becomes the most important of all, especially if you wish to avoid dog bites. 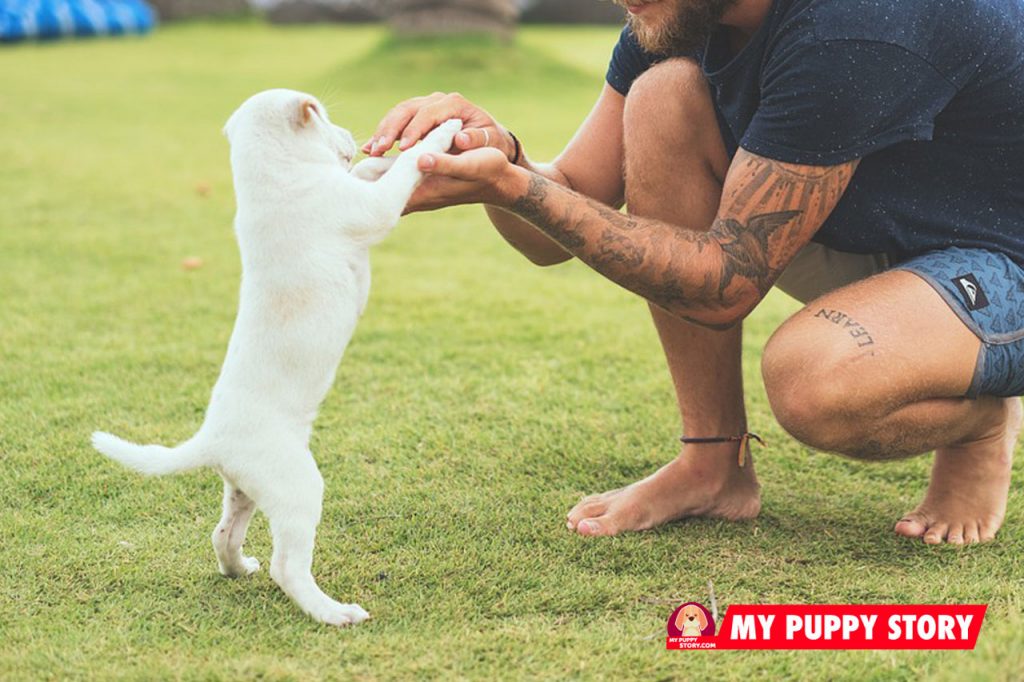 Starting at a slow pace is integral if your dog already considers itself to be alpha. If your dog is aggressive and dominant in nature, you should take baby steps to make sure you don’t pose yourself as a threat to the power of your dog. An abrupt transition could lead your dog becoming more aggressive. For example, if you punish it by taking its food or toy away, it may retaliate by biting you. Starting gradually will help you avoid such incidents.

If you feel like your dog has the temperament and attitude of an alpha, it is best to consult a dog trainer or approach the matter after being well-versed on how to tackle different situations. Do not make the mistake of thinking that your dog will not cause you harm. If it views itself as the authority, it will do anything to retain its power.

Be Composed Yet Firm 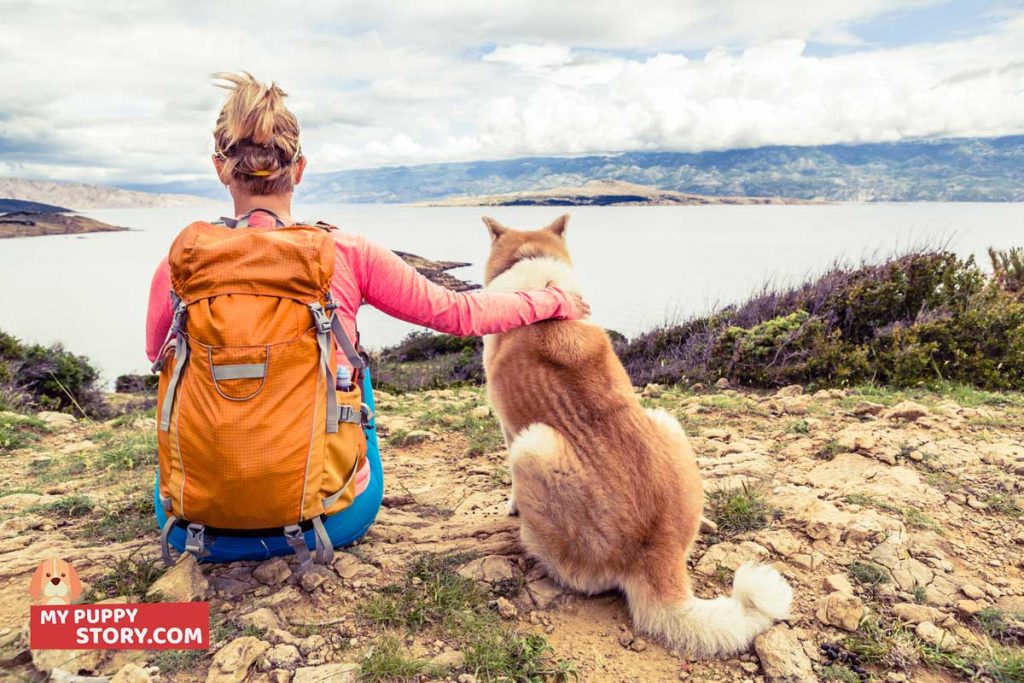 When you think of a leader, you imagine a person who has their emotions together. You envision them to be calm and the source of reason and problem-solving when things go south. Such qualities are also required in a pack leader. You can say that a leader is a leader regardless of whom it is leading.

Therefore, make sure you do not give off any nervous energy. It doesn’t matter if you don’t think you have the situation under control; what is important is that you do not let your pack pick up on your fear and nervousness. For your pets, you are the lead who has it all figured out. You have the power to be assertive.

Hence, you should ensure that you are calm yet assertive. Your presence should be a powerful enough influence to make your pack do as you command without being blatantly dominating. 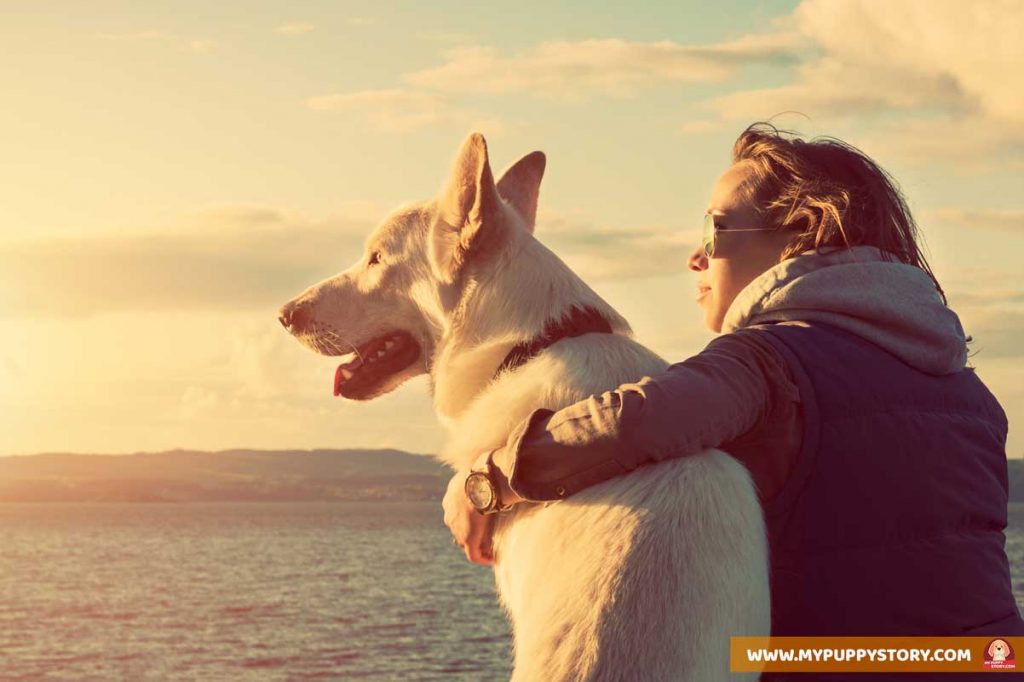 A way that a dog marks itself as the leader is by letting the pack know who owns the territory. In human interaction, an individual assumes the role of a leader by marking their territory and establishing authority via their body language and approach toward a goal.

To be the pack leader, you need to do the same thing. You have to make your dog understand that the space it lives in is yours and you are the only authoritative figure in the equation. Just like in human interactions, you don’t do so bluntly. Instead, you establish it by subtly making it clear via body language. Such actions will include maintaining eye contact when ordering your dog to do something.

Once your pet understands that the space it lives in belongs to you, it will automatically start respecting you and follow your orders.

Teach It to Wait 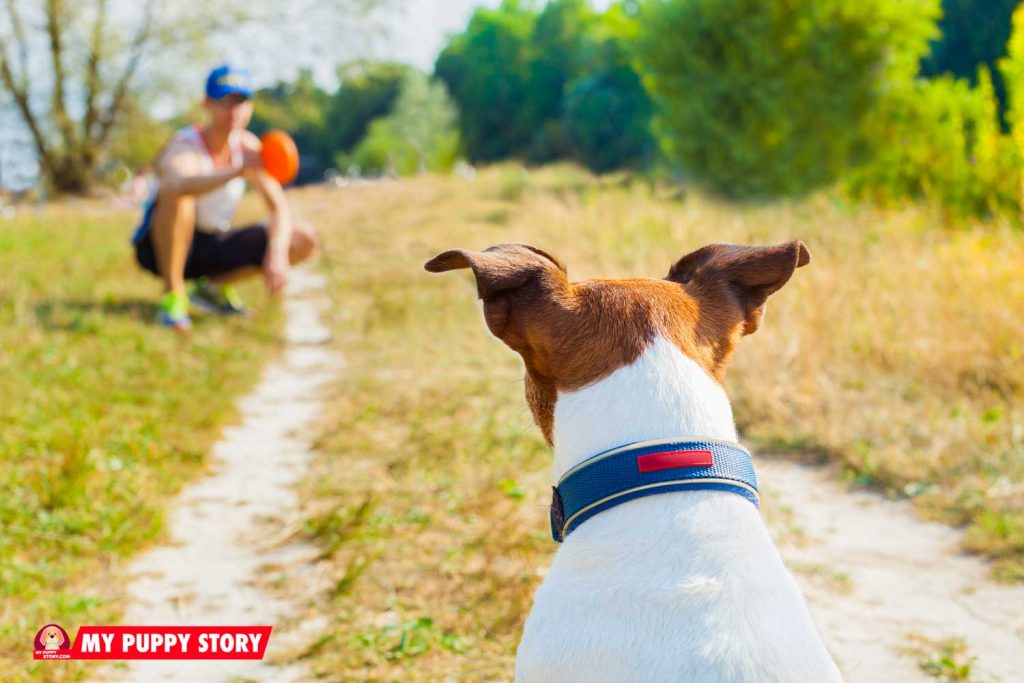 This act will fuel into your authority because it shows that you can control when they receive food or are allowed to travel or pee. Start by giving your dog persistent orders related to the idea of waiting and then giving it a reward when it complies. This action-reward combo always works in training basic dog commandments to your pet.

The mere act of understanding this commandment helps in the establishment of you as the pack leader.

Ask Your Dog to Work 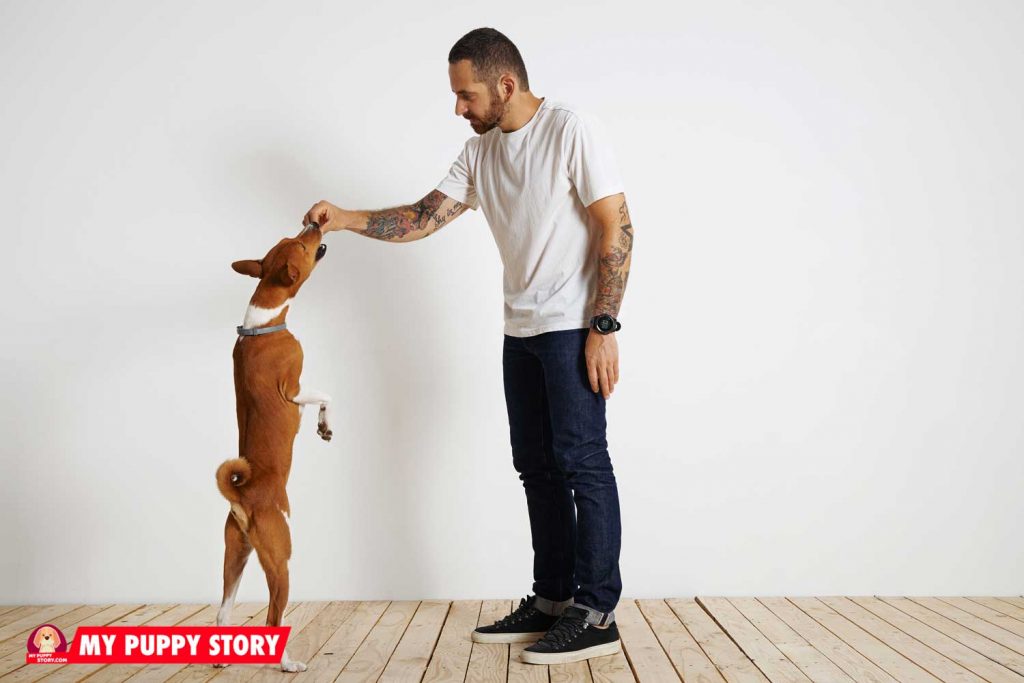 Another feature of a leader is how they distribute work and responsibilities to their followers. You can’t expect anyone to follow you if the situation doesn’t demand a leader. For example, if you provide your dog with a constant supply of food and toys and don’t take either of these things away, there is no reason for it to do the assigned chore in the first place.

Therefore, you should always ensure that your dog earns its food. Take it out on walks and give it food only once it has done so. Make sure you don’t cuddle with your dog unless it has toned down its hyper behavior. Do not give it a treat if it jumps around trying to get it from you without your permission. A minor task of sitting when you ask your dog to can be considered as enough work done to garner a reward.

Here are some of the methods you can adopt if you wish to become the pack leader of your dog. 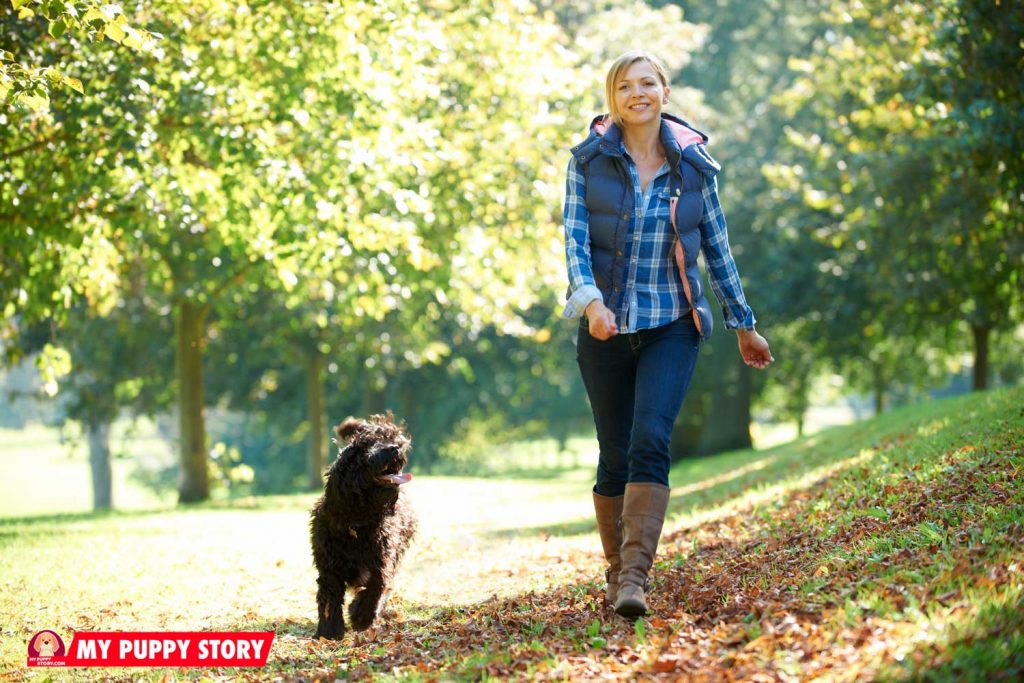 Embarking on daily power walks is the best way to become the alpha in the equation. Moreover, such an activity, which should range from 30 to 45 minutes, guarantees that your pup remains physically as well as mentally fit.

It is integral that you walk beside your dog rather than behind it. This is because if you let your dog walk in front of you and let it lead the way, it assumes that it has control of the situation. Making sure your dog walks beside you will help you in combating such a perception. However, this task is not easy since dogs love to explore and tend to get overexcited when out on walks. It is a difficult task to teach them not to pull on the leash, let alone to make them learn to walk calmly by your side.

However, if you manage to assert your power, this task is not unachievable.

When you think of a figure of authority, you imagine a person who has the power to make and enforce rules and obligations. It is not just you who is wired to think in such a way. Your pets have a similar thinking pattern as well. Therefore, they associate rule enforcers to be their leaders.

Hence, a fruitful technique is to think of rules you want your pet to follow. These could be universal like calming down before being given a treat as mentioned above or a particular one like restricting your pup from sitting on a specific piece of furniture.

Love and affection should follow these mental exercises and set limitations as a reward. Such an act parallels how a mother dog takes care of its pup and, hence, allows your pets to relate your role as the alpha.

Different breeds of dogs have different requirements. Some are more energetic, while some are more lethargic. Some are naturally predisposed to crave dominance, while others are team players. Selecting the breed of your dog allows you to evaluate and decide how much time you can and want to spend in training them.

If you don’t have enough time, it is better to choose a breed that demands less of you. Such a way of approaching things allows you to be the pack leader without physically or mentally exhausting yourself.

Make Your Dog do Exercises 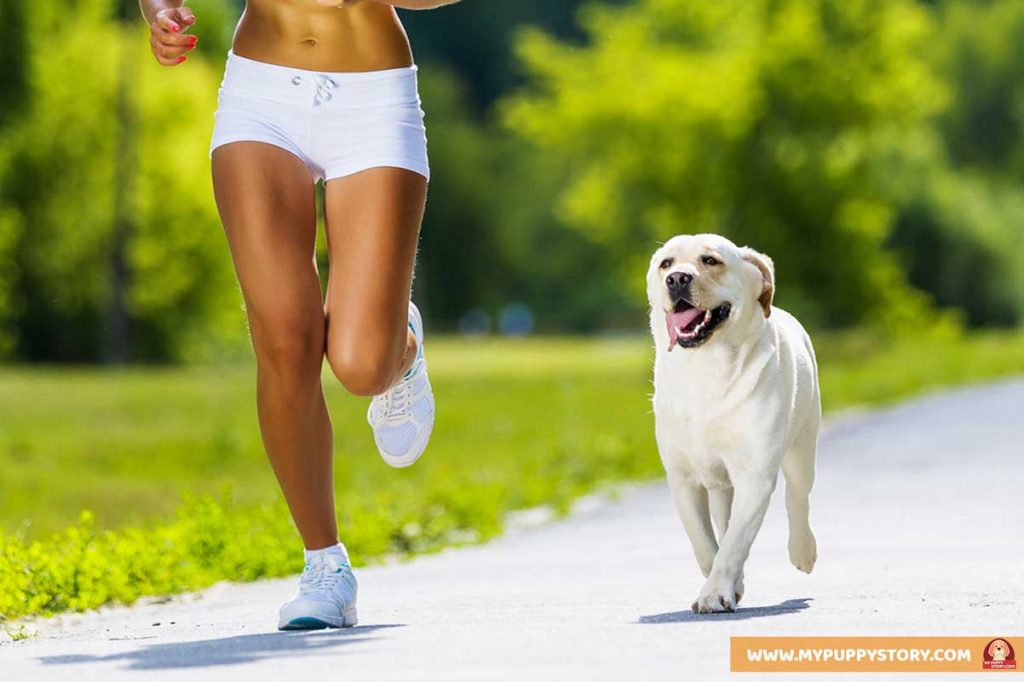 Just like humans, dogs need to exercise daily to stay fit. These maneuvers, apart from making sure that your pup stays mentally and physically fit, also play an integral part in making sure your dog accepts your role as the pack leader.

Exercises which may help your dog include sitting down commands, ringing a bell, playing fetch, and jumping up and down the sofa. While such workouts may seem trivial to you, they are enough to train your dog, especially if you follow it with a reward.

Move Your Dog Out of Your Way

An alpha dog never walks around its pack. It always directs its follower’s action according to its needs. If you want to establish yourself as the leader, make your pup move out of the way daily. How should you go about doing so? Well, all you have to do is gently shuffle your feet until your dog realizes that it is in your way and moves on its own.

By making your beloved pet move out of your way, it will start viewing you as a parent. Such subtle gestures are more effective than verbal commandments if you don’t want to be blatantly dominant.

Do Not Allow Your Dog to be Spatially Above You

A dog has a different sense of establishing hierarchy compared to humans. If it is above you spatially, it feels as if it is the dominant one in the situation. Combat this literal sense of hierarchy by ensuring that you are always at the height of your dog.

If you follow the above advice, you have a better chance of being the pack leader of your dogs. Remember that your dog wants you to be the pack leader. This is because a leader is there for its pack. Such considerate attitude and responsibility are what makes a leader a leader and it is something that all animals crave. They need you to be the leader, so provide them with a hierarchy which mimics that of their natural habitat. They need someone to direct them; be that someone.

As a pack leader, you should be equipped with the natural instinct to protect and direct your pets. Be unselfish and instinctive. Earn your dog’s trust and respect.

Get a dog and start training it early on to achieve favorable results. Don’t let your dogs perceive themselves as the leader. If you do so, be prepared to experience a lack of compliance from your pups. Effectively avoid such a situation from rearing its head by taking proactive action from the start.

Lead. Don’t follow. Take care of your beloved companion, as your dog deserves the best treatment that you can give it. 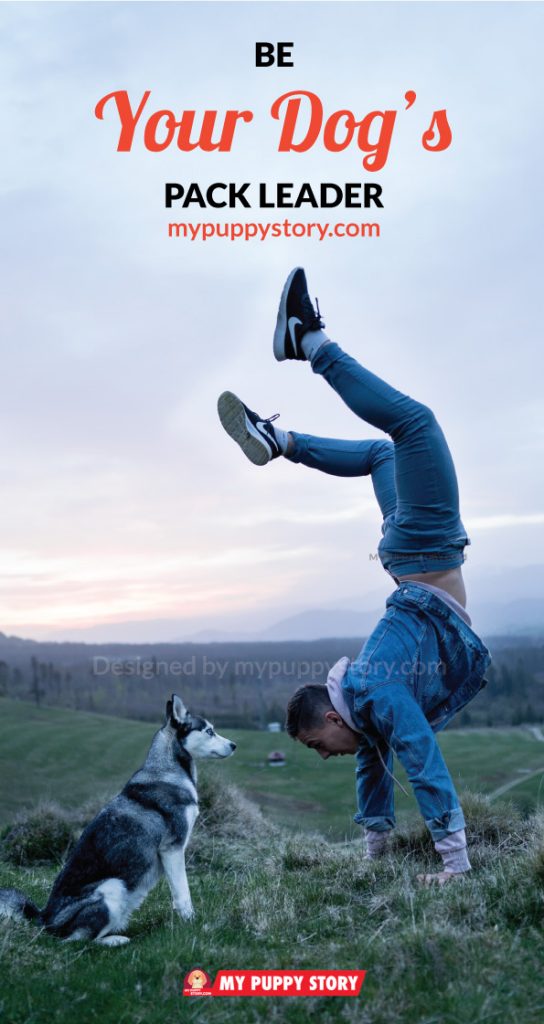 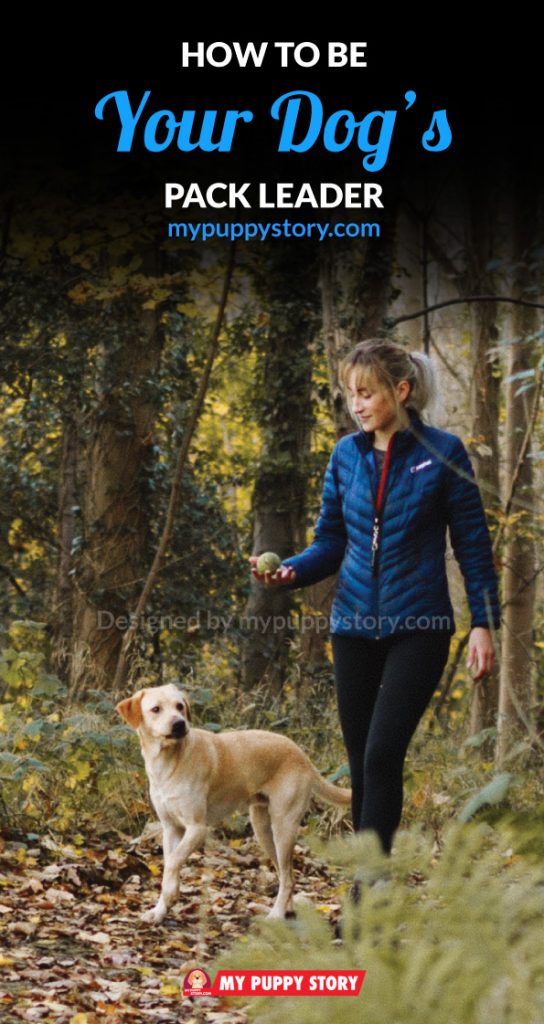